Stilbaai Glas/Still Bay Glass has the answer to those flies, mosquitoes, Stilbaai-gnats as well as other unwelcome flying insects especially during the high fly/mosquito/gnat season. We can help you enjoy the fresh air without having to contaminate the air with insecticide spray.

Our solution is practical, eco-friendly and appealing to the eye to boot, and can be installed in both domestic as well as commercial properties. Our stylish, quality and functional insect screens protects without obscuring the view. Not only do they keep insects out, but also dust and pollen, making it a valuable asset to restaurants and places where food is prepared. 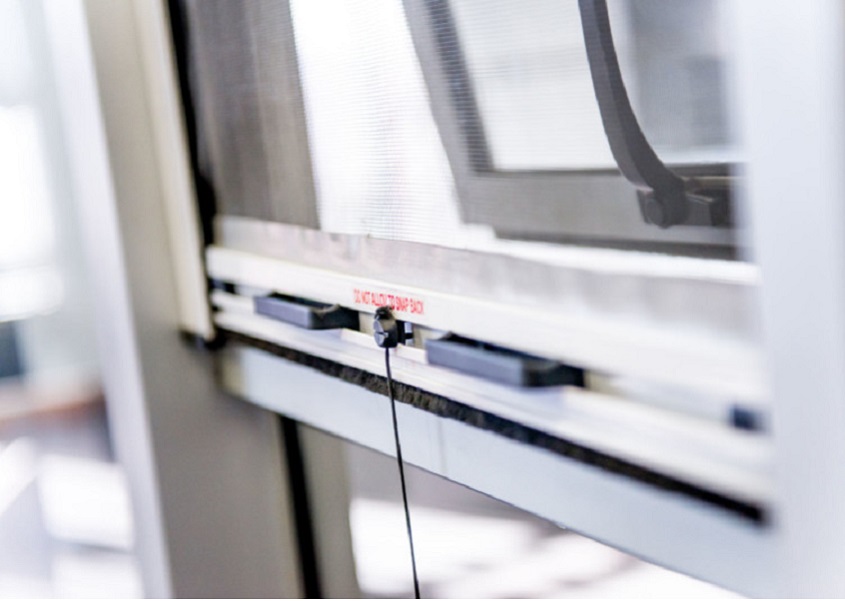 We offer retractable as well as sliding screens. Retractable screens come in the form of a cassette or tube casing which is discreetly fitted to most windows and doors. Screens are made of UV resistant fibreglass mesh netting of superior strength which does not influence ventilation. The screens roll out of the cassette or retracts into the cassette either vertically or horizontally on sliding tracks. These tracks ensure that the screen slides smoothly up and down or from side to side.

The proper way to open these fly-screens is to use both hands to pull and clip the screen in place. Likewise the screen should be pulled in a controlled way and without excessive force. They should not be pulled by using only one of the handles, or allowed to snap up by letting it go after unhooking the screen.

is the more traditional option by which the opening can be permanently closed if so desired because it does not retract. This screen consists of upper and lower mesh sliding panels.  Fitted on a sliding track into a frame which in turn is mounted onto the window frame. Any space between the window frame and the insect screen is sealed, thus keeping insects from crawling through.

Screens are manufactured according to your specifications and are designed to form an inherent part the existing window/opening. Both vertical and horizontal frames can be installed on all types of frames such as wood, steel or aluminium.